Born Rita Sahatçiu in 26 November 1990, Rita Ora is a prominent English singer-songwriter, television presenter, and actress. The latter half of her stage name, Ora, comes from the Albanian term for ‘time’. Here in this article, You’ll come to know about Rita Ora Net Worth, Songs, Height, Age, Achievements, family and much more. 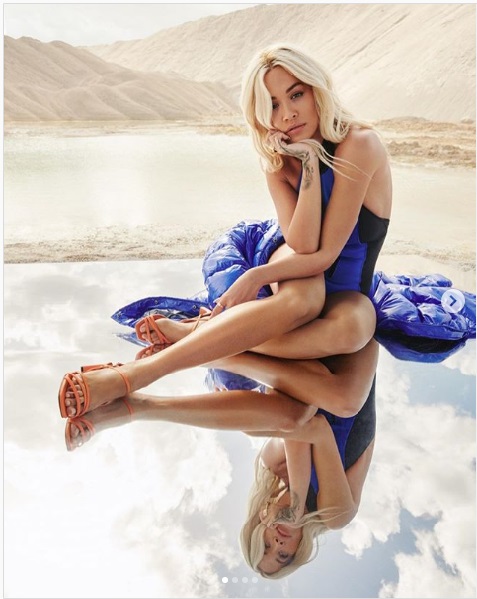 The 29-year-old pop musician broke through the scene in 2012 after being featured in the single ‘Hot Right Now’ by record producer DJ Fresh. She has since released two albums, headlined numerous tours, and even appeared in various films and television shows.

As of 2020, Rita Ora’s net worth is estimated to be $25 million. In 2014, she purchased a North London home for her parents for $2.3 million, where she occasionally stays when she’s not travelling for work. And for herself, Ora recently purchased a $5.78 million luxury penthouse in West London, where fellow celebrities like the Beckham family live.

Ora was born in Pristina, Socialist Federal Republic of Yugoslavia, a country that dissolved in 1992 during the Yugoslav Wars. Her parents, Vera and Besnik, are Albanian and were persecuted in Yugoslavia. Her family was forced to flee modern-day Kosovo when she was one year old, and later on became refugees in the UK.

Her mother, a psychiatrist, eventually came to work for the National Health Service while her father was able to put up a pub. She attended the Sylvia Young Theatre School, a school for performing arts, where Ora honed her talent for singing.

Rita Ora’s early performances were at her family’s pub. After a successful audition, Ora qualified for the Eurovision Song Contest 2009 but felt “that challenge wasn’t for her” and withdrew. It wasn’t a complete waste, however, as Ora got noticed and signed by Roc Nation, the record label founded by Jay Z.

While waiting for her big debut, she used YouTube as a platform for getting her music known to the world — and true enough, DJ Fresh was one of the first who recognized her talent. This gave her momentum, and she was able to release her first self-titled album, ‘Ora’, in 2012, which went platinum. She’s since released the long-awaited ‘Phoenix’ in 2018, which Ora sees as a reinvention of herself.

Ora has also tried her hand in acting, appearing in the blockbuster franchise Fifty Shades of Grey as Mia Grey and as Dr. Ann Laurent in Detective Pikachu. On television, she was a former coach in The Voice UK. Now headlines the list of judges in the UK version of The Masked Singer.

Like many celebrities of her time, Rita Ora remains active on social media. She likes to maintain a positive presence on Twitter, something that her 6.8 million followers surely look forward to. This even landed her on Gala Bingo’s list of the most positive tweeting celebs, as she regularly interacts with her fans online, posts updates on her ongoing projects, and tweets encouraging messages. Her Instagram account has 16.1 million followers, where she posts about her public appearances, photoshoots, and selfies.

After the successful release of ‘Phoenix‘, it is unclear whether her next album is currently in the works. But fans will be seeing more of Rita Ora, as she’s hinted on resuming her role as a judge when The Masked Singer returns for a second season.

For more on the lives of your favorite celebrities and personalities, check out our features here on Net Worth Culture.