Peter Gene Hernandez ‘Bruno Mars’ is an American singer, dancer and record producer from Honolulu. He gained fame when he released his debut single ‘Just The Way You Are’. Another song ‘Grenade’ topped the Billboards Hot 100 charts for several weeks. Here in this article, You’ll come to know about Bruno Mars Net Worth, Songs, Girlfriend, Height, Age, Achievements, family and much more. 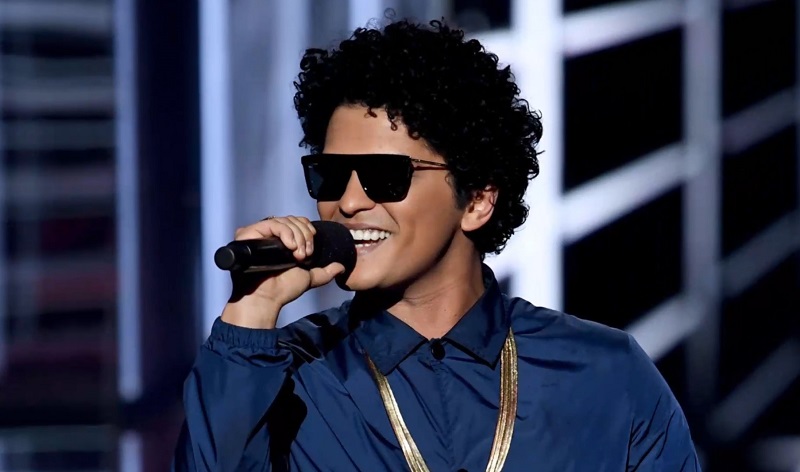 Bruno Mars has sold over 130 million records worldwide which makes him one of the best artists all over the world. His net worth, as of 2019, is estimated to be around $175 million dollars. He is one of the highest paid singers in the world, selling millions of copies.

He has been topping the charts for several years. He usually, these days, remain on the road. The Billboard made the singer’s tour the 4th highest grossing in 2018, tallying more than $237 million for 100 shows. Bruno Mars is one of the most famous singers of all time. His songs ’24K magic’ and ‘Just The Way You Are’ have earned him worldwide attention. He has also worked with many big names such as David Guetta, Adam Levine and Damian Marley.

Bruno Mars also known as Peter Gene Hernandez was born on the 8th of October in 1985 in the city of Honolulu, Hawaii. His family was engrossed in music. In other words his family was music “through and through”. He is the son of Pete and Bernie Hernandez. He got his nickname ‘Mars’ when he was a kid. He went to Roosevelt High School where he formed a musical band with his colleagues. He started pursuing music passionately when he got to work with huge names in the music industry such as K’Naan and Travie McKoy.

Apart from singing, he has also worked as a model, dancer, composer, choreographer, voice acting, songwriting and Music Video Directing.