Kylian Mbappe is a soccer player who plays for Paris St Germain in France, and for the French national team. Mbappe was born on December 20, 1998, in Bondy, Paris. His father is from Cameroon and his mother is from Algeria. He began his soccer career with Monaco, appearing 12 times for their reserve team before moving up to the senior side.

He scored 16 goals in 41 matches and aged just 18-years-old, earned a move to PSG, the top soccer team in France. Goal reports that the overall cost of the transfer was €180m ($217m), making him the most expensive teenage soccer star in the world. He is 5ft, 10in tall and plays as a forward. 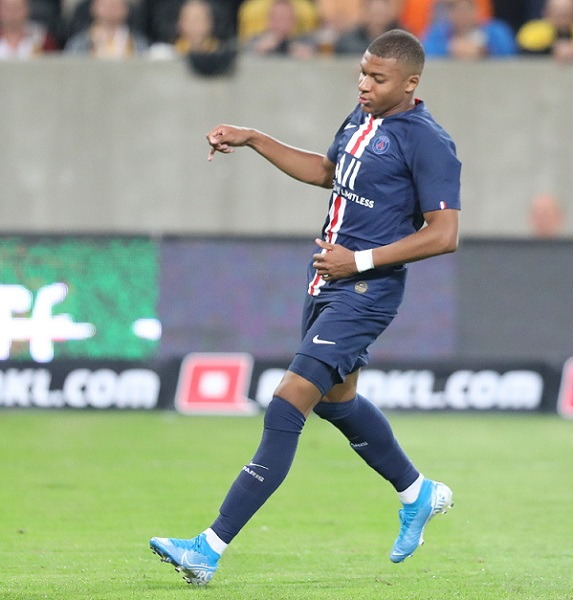 Mbappe might be behind Cristiano Ronaldo and Lionel Messi in terms of fame and earnings, but he is still only 22-years-old and has his career stretching out ahead of him, rather than his best years being in the past. In 2018, he was a World Cup winner with France, and his team are amongst the favorites in the latest Euro 2020 Betting Odds for more silverware. He has already won four French Ligue 1 titles, two Coupe de France titles, two Coupe de la Ligue titles, and was runner up in last year’s prestigious European Champions League.

Mbappe has almost 6m followers on Twitter, and 50m on Instagram, which gives him a great platform to build his wealth from. Let us go to Kylian Mbappe’s Net Worth.

Mbappe has an estimated net worth of around $110m, up from $45m in 2018. He is believed to earn more than $25m a year with endorsements and add-ons to his basic salary, and he has several sponsorship deals, including one with sportswear and equipment supplier Nike. He was involved in the unveiling of the Nike Mercurial Superfly VI boots in 2018, and he is a global ambassador for luxury Swiss watchmaker Hublot. He is also sponsored by EA Sports and appeared on the cover of the FIFA 21 video game.

He is not married at the moment, but he is dating Alicia Aylies. She is best known for winning Miss France in 2017. She has a significant following of her own on social media and the pair have been dating for three years.

Mbappe is known for his philanthropy. In 2018, he met with French President Emmanuel Macron, FIFA president Gianni Infantino and two of Africa’s legendary soccer players, Didier Drogba and George Weah, to discuss a sports development project in Africa. He stated the project was close to his heart due to his parent’s origins. In 2019, he donated more than $34,000 to the search to find the remains of soccer player Emiliano Sala, whose plane went missing over the English Channel. A month later, the youngster donated a further $20,000 to search for the plane’s pilot, David Ibbotson.