Tang Xijing, a gymnast from China, competed in the women’s qualification for the 2020 Olympics in Tokyo on Sunday at the age of eighteen.

Tang, a young and popular Chinese athlete who led the Chinese women’s team in Tokyo, won the hearts of Chinese internet users with her solid performance in the floor exercise competition and her choice of patriotic songs, which proclaimed China’s spirit with great fervour. 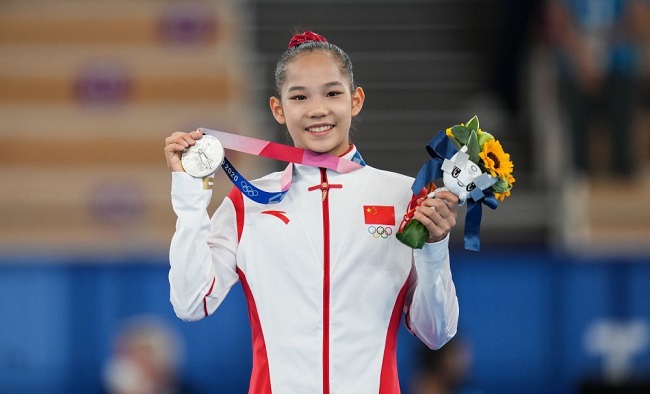 Tang’s approximately two-minute performance consists of two songs with a strong sense of patriotism. The first song is from the documentary My People, My Country, which celebrated the 70th anniversary of the founding of the People’s Republic of China; the second is “Jiu’er,” a song from Zhang Yimou’s acclaimed 1987 film Red Sorghum, which focused on the War of Resistance against Japanese Aggression.

Using the Chinese equivalent of Twitter, Sina Weibo, users discussed Tang’s selection of “Jiu’er” at length. Some internet users were concerned that playing a song with such strong elements of anti-Japanese aggression in Tokyo would have historical ramifications, while others were just proud to see a song embodying the Chinese spirit played at the Olympics.

A Sina Weibo user expressed their desire that the song’s true historical context be shared with Japanese listeners.

The song “Jiu’er” narrates the narrative of a 19-year-old girl named Jiu’er from Gaomi, Shandong Province, East China, who utilises her strength and knowledge to overcome numerous hardships in her life against the backdrop of the War of Resistance against Japanese Aggression.

Others on the internet commented on how moving it was to witness the Olympic spirit and national pride together.

Here’s one of those times when I truly believe sports are an art form with the power to move people to tears. Seeing and hearing my heritage recognised on the world stage was an incredible moment for me.

It’s not just Tang’s rendition of “Jiu’er” that has helped Chinese athletes shine abroad. Cheng Fei, a gymnast who competed in the floor exercise at the 2008 Olympics in Beijing, also incorporated the Peking Opera, a vital part of Chinese culture, into his routine.