Winfred Mutile Yavi of Tokyo, Japan finished fourth in the men’s 3,000-meter steeplechase at the 2019 World Championships in Doha, Qatar.

This was a huge leap forward from their 2017 performance, when they finished in eighth position in the London Championships. 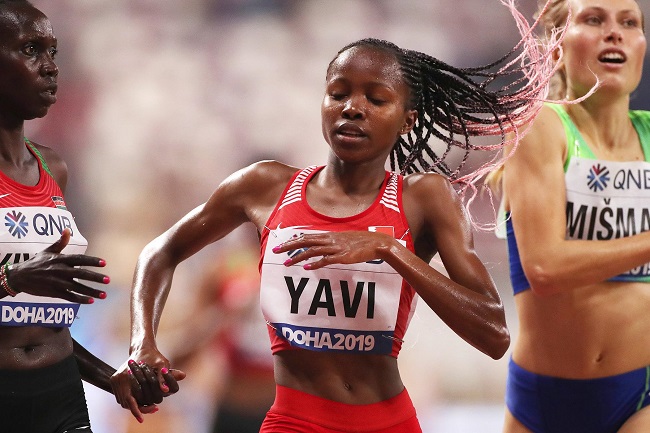 This year, W.M. Yavi appeared to have warmed up for her performance in Tokyo after dominating the World Athletics Continental Tour stop in Turku, Finland.

Although W.M. Yavi birthplace was Kenya, he opted to become a citizen of Bahrain in 2015. This allowed him to compete in the steeplechase event at the 2016 Asian Games, where he ultimately won gold for Bahrain.

Since Beatrice Chepkoech, the current world record holder and a Kenyan, is recovering from hamstring and tendon injuries, W.M. Yavi is the pre-race favourite for Wednesday’s final.

The African championship is another feather in Chemos’ cap, joining his 16 victories in the Diamond League.

In pursuit of Kenya’s first Olympic gold in the women’s steeplechase on Tuesday night, Chemos, an athlete’s representative at Athletics Kenya, could hardly sleep.

Aside from her plans to eliminate Yavi, she was also compiling a list of guidelines for the athletes to follow.

Hyvin is a good sprinter, so Chemos advised Chepkoech and Kiyeng to use the first kilometre to assess the situation, before using the second and third to advance into a better position from which to finish the race.

Chemos says that Uganda’s Peruth Chemutai, who placed sixth at both the 2019 World Championships in Doha and the 2018 Africa Championships in Asaba, will set the early pace and lead the charge to make up for her lack of kick.

The Kenyan Women would Prefer a Race that Ends Quickly.

“Our girls should lead from the front as W.M. Yavi is strong and Emma Coburn is the same,” Chemos tells the Kenyan women. “When they come at the water-jump, they should execute the leaps effortlessly to save some valuable seconds.”

Women’s steeplechase has only been an Olympic event since 2008 (Beijing). Since then, it has been won by Gulnara Samitova-Galkina (Russia), Habiba Ghribi (Tunisia), and Ruth Jebet (Ethiopia) (Bahrain, 2016).

Thanks for reading our article W.M. Yavi Olympic Games Tokyo 2020. Continue reading and have a good day.