Weightlifter Talha Talib’s ascent to fame leading up to the 2020 Summer Olympics in Tokyo is an inspiring tale of grit and drive. The 21-year-old from Gujranwala came so close to winning the Olympic gold but ultimately finished in fifth place. When Talha was ahead, social media went crazy. 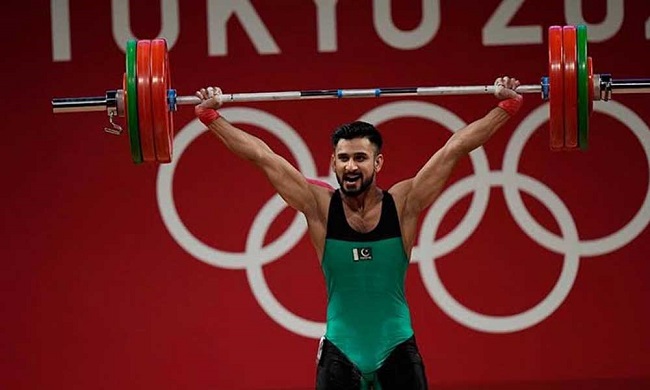 Twitterati wished for the young man to win a medal and bring it home. Still, many people argued, and rightly so, that he emerged from that experience a new hero. Talha’s father, Muhammad Islam Natiq, is Pakistan’s national weightlifting coach, and he learned the sport from him.

Whether you win or lose, you’ve already made Pakistan proud, tweeted Pakistani female cricket player Javeria Khan. Talha Talib is the first Pakistani weightlifter to qualify for the Olympics since 1976, according to Rehan Ulhaq, manager of Islamabad United. He’s accomplished a lot for Pakistan, and the country ought to be pleased with him.

When Talha Talib won gold at the 2016 Commonwealth Youth Weightlifting Championships in Penang, he briefly gained international attention. He competed in the 62 kg division at the 2018 Commonwealth Games, where he brought home bronze.

At the 2020 International Solidarity Weightlifting Championship, he won the gold medals for a combined 304 kilogrammes. Due to his success on the world stage, he will be able to compete for Pakistan in the 2020 Olympics.

Talha, speaking to an international media outlet about his career, revealed that he has been having trouble training because he does not have an appropriate training area. Because his training requires open air, he can’t do it while it’s raining or too hot or too cold outside.

To paraphrase, “I have represented Pakistan at the international level despite the lack of resources,” he stated. ‘After 45 years, I competed for Pakistan in the Olympic weightlifting competition,’ he said.

Talha started his training when he was eight years old. He claims he got his teacher’s approval before using the school playground as a training place. Because he has to workout either before school starts or after it ends for the day, scheduling his training becomes difficult.

If Talha Talib is any indication, there may be many more hidden gems like him in Pakistan. Due to a lack of funding or direction, they have not been able to reach their full potential and represent Pakistan at national and international competitions, including the Olympics.

If the Pakistan Olympic Association wants to create a splash at the Olympics, it needs to follow China’s lead.

China has a government-funded centralised training programme and regularly brings in foreign sports gurus to help them improve. They work to find young athletes with Olympic potential through a top-down sports system that has them training in schools.

They wisely invest in winning sports, have a training system that places a premium on technique, and view international competition as a source of national pride.