Everybody has experienced the situation where their crush or an old buddy posts something on Instagram that is just too tasty to not preserve.

You know you need to screen record it before it disappears in 24 hours. You may be worried that they will be informed if a screenshot or recording is made, as this is the case on other sites with time-limited stories such as Snapchat. 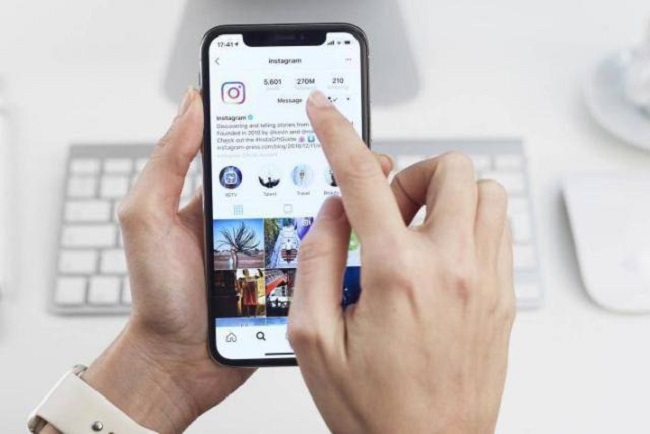 It’s understandable to think twice before pressing the screen record button. In an interview with Bustle, 19-year-old Olivia says, “Whenever I screen record tales of people I’m interested in, I’m always terrified that they’ll find out and assume that I like them.”

Have an urgent need to capture an Instagram Story on your computer? Continue reading to learn the exact scenarios in which that person might learn.

If You’re Screen Recording Someone’s Instagram Story, will they Know?

Instagram ran a brief test of a feature in 2018 that revealed which users had screenshotted their Story, but the function was never made available to the public. So, if you’re freaking out because you accidentally recorded your crush’s latest beach photos, you can relax.

Notifications are sent if you attempt to screen record other content, such as Direct Messages sent in Vanish Mode or photographs sent through Direct Message that disappear after being viewed.

A dotted circle will appear on the right side of conversations in Vanish Mode when you view them in your DM inbox.

As long as you’re recording their Story and not a Vanish Mode DM or disappearing photo, they won’t know you did it because Instagram doesn’t alert users when someone records their Story.

Thus, you should probably think carefully before recording a Story from someone’s personal account, as that person probably wants to keep that snapshot or video to themselves.

You should exercise similar caution before publishing something to your Story that you wouldn’t want captured on camera. It’s important to make sure you’re okay with the idea of someone recording your Story without your knowledge or consent.

Can You Screen Grab A Disappearing Instagram DM Or Does Instagram Notify The Person Whom You Have Screen Grabbed From?

Instagram tells recipients when you screen record a direct message sent using Vanish Mode, and it does the same for photos sent in Vanish Mode. Similar to Stories, disappearing photographs can be shared with a select group or individual.

Screenshotting them will alert the sender, so exercise caution; they may resemble Stories, but their notification settings are different. Photos sent while in Vanish Mode will seem and function normally, but after being seen, all traces of their existence will be erased, much like magic.

You can sneakily escape discovery while screen-grabbing a conversation with fading photos by switching to aeroplane mode on your phone.

The cover you’re trying to maintain could be blown if you don’t put your phone into aeroplane mode before you start the discussion and don’t turn it off until you’re done.

The tried-and-true approach of having a friend take a physical photo of your phone’s screen is another option.

While notifications are sent for screengrabs made in direct messages with photos that disappear when viewed, Instagram does not do so for screenshots captured in any other context.

You are therefore allowed to spy on and record at will any and all tales, feed pictures, or regular direct messages.