In the next two years leading up to the 2024 Olympic Games in Paris, Luka Gabrilo will coach two top swimmers, Kayla Sanchez and B. Seemanová.

A few weeks ago, Philippine Swimming Inc. (PSI) announced that they had hired Gabrilo to coach Sanchez, who had previously swum for Canada on the international stage but had indicated in July that she intended to begin representing the Philippines instead. 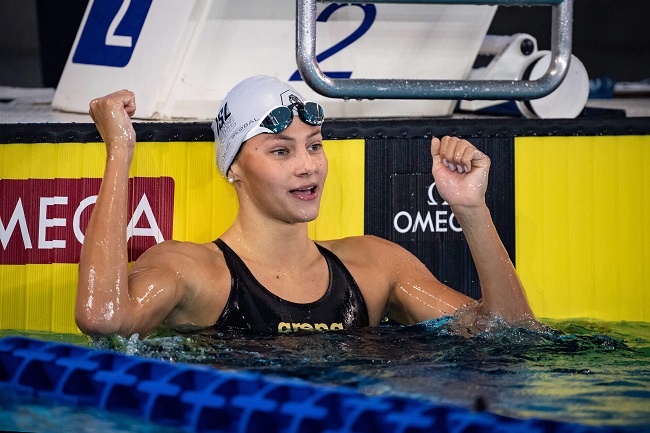 On Monday, Czech swimmer B. Seemanová, the defending European champion in the women’s 200 freestyle, confirmed via Instagram that she will be joining Gabrilo and Sanchez in Manila for the meet.

The past 12 months have not been easy for the two-time Olympian, who missed the World Championships and the European Championships this summer owing to illness and injury.

Prior to his current position, Gabrilo was the head coach of the Israeli national team, where he helped Anastasia Gorbenko win the European title in the women’s 200-meter individual medley in 2021. In 2021, he led the International Swimming League’s Team Iron as its head coach (ISL).

The PSI released a statement saying, “First in his goal in Manila is to instil a culture of professionalism and a high-performance mindset among our coaches.”

The Philippines have been quite kind to Sanchez and Gabrilo over the past few days. They visited the Senate on Tuesday and the House of Representatives on Wednesday.

Gabrilo is not only the High Performance Consultant for the PSI, but also the head coach of the professional swimming team Zenta Pro Swimming and works closely with the swimming organisations in the Philippines, Romania, and the Czech Republic.

Sanchez, who was born in Singapore to Filipino parents, has decided to change her sporting citizenship to reflect her family of origin.

Seemanova, who made her Olympic debut at the tender age of 16, finished sixth in the women’s 200-meter freestyle event at the Tokyo 2020 Games.

Sanchez and Seemanova appear like they’d be perfect training partners leading up to Paris because their talents lie in the same events (100 and 200 free).